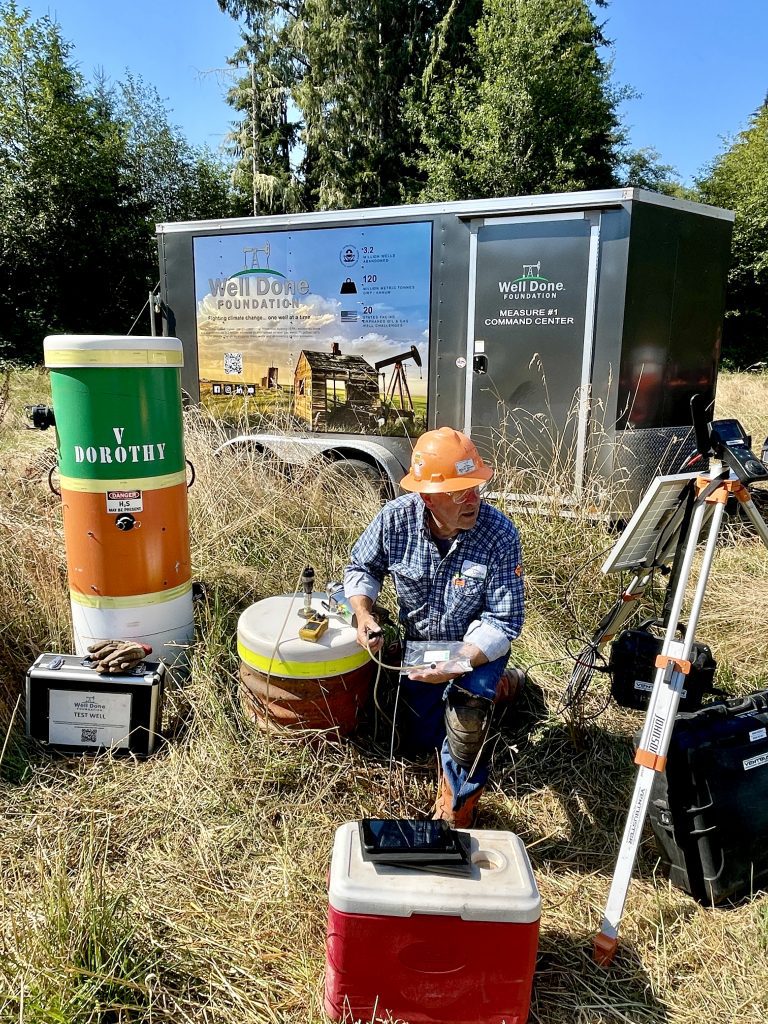 The NGO’s First Project in the State of Washington, the Barlow #1 Well is Situated Near the Hoh Indian Reservation

JEFFERSON COUNTY, WA – Sept. 20, 2022 – The Well Done Foundation (WDF) today announced its first orphaned well project in the State of Washington, located on the Hoh River, near Olympic National Park and the Hoh Indian Reservation, according to WDF founder and Chairman Curtis Shuck.

“The WDF was contacted through its Landowner Assistance Program earlier this summer regarding an abandoned well that had been leaking gas since the late 1960s,” Shuck said. “The well, called Barlow #1, never produced any commercially viable oil, but it did have natural gas.”

Oil was first discovered on the Olympic Peninsula in the early 1900s near Neah Bay, and it wasn’t long after that when the informally named “Oil City, WA,” popped up near the mouth of the Hoh River in Jefferson County, in what is now near Olympic National Park. In total, 21 oil and gas wells were drilled in Jefferson County from 1902 to 1981.

The Barlow #1 well was drilled in 1964 by the Kincaid-Seattle Hoh Associates on property that was homesteaded in 1906 by the Fletcher family. In 1964 the Kincaid team decided to plug the well and abandon the endeavor.

“We had the pleasure of meeting with the landowners, who shared their accounts of the ‘oil men’ who came to drill the well when the youngest of the three Barlow daughters was a teenager,” Shuck said. “Apparently, shortly after the well was plugged it began leaking gas, and for decades it had been a family conversation piece where Grandpa Barlow would light the gas from the plugged well as a treat for the grandchildren.”

The Well Done Foundation has begun its measurement and monitoring process, gathering critical methane emission data, and will be developing a strategy to fund the permanent plugging and surface area restoration. Given the sensitive nature of this abandoned well and its proximity to the Hoh Indian Reservation and Olympic National Park, this project is a top priority for the WDF.