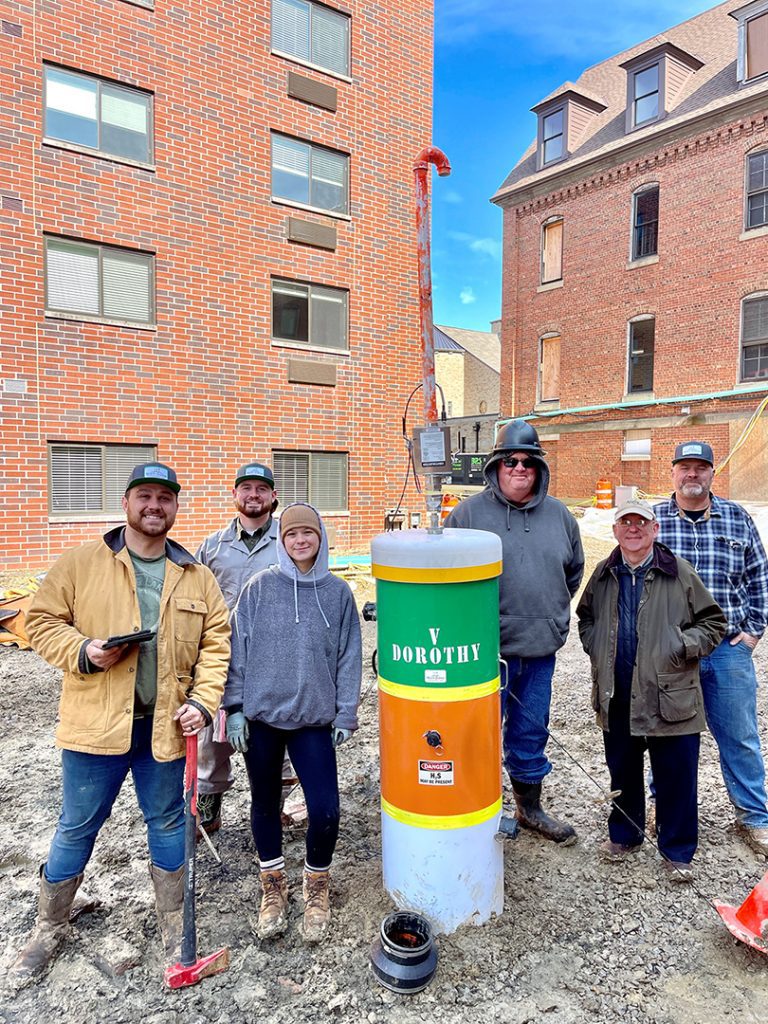 Cleveland, OH – March 17, 2022 – The Well Done Foundation (WDF) in partnership with Ohio based non-profit Our Lady of Angels Apartments Inc., today announced the upcoming plugging and abandonment of the legacy well Our Lady of Angels Church #1 (OLA #1), located on the grounds of Franciscan Village Apartments, an affordable, older-adult, independent-living housing facility above the Rocky River in Cleveland, Ohio.

The plugging of the well is scheduled to commence this coming April 6.

“This well is more than a century old and sitting on the property of a facility for older adults 62 years or older and is emitting a significant amount of methane gas,” WDF Chairman Curtis Shuck said. “It’s a complex project, and it’s larger than our usual plug-and-abandon initiatives, so we’re asking the greater community to pitch in and donate to help us improve the air quality for the older adults living there and the environment that we all share.”

The OLA #1 was drilled in 1908 to a depth of approximately 2,700’ into the Clinton Sand Formation on a location near the Our Lady of Angels Parish and a Franciscan Order Monastery. In the 1950s the well was plugged using a clay material that was the standard of the industry in this area during that era. Rumor has it that a statue of Saint Francis was placed on top of the plugged well.

In 1979, Our Lady of Angels Apartments Inc. DBA Franciscan Village, a nonprofit collaboration, was formed to serve the anticipated future demand for affordable independent senior citizen housing. Upon the first residents occupying the two-building, 135-unit Franciscan Village, there was a waiting list of approximately 2,000 people.  In 1992 the Franciscan Village expanded, constructing a third building, adding 41 additional units for a total of 176 apartments.

Due to the complexity of this project and its proximity to the Franciscan Village Buildings A, B and C, the cost of the work is estimated at $90,000. The Well Done Foundation is seeking donors and contributors among the greater community to help fund this project. Visit https://welldonefoundation.org/projects/our-lady-of-angels-church-1/

About Franciscan Village
Franciscan Village is an independent living, affordable housing campus serving older adults aged 62 and older. It was created by the volunteer board of the non-profit Our Lady of Angels Apartments Inc., originally using a HUD mortgage. Franciscan Village has a housing assistance payments contract with HUD to provide rent subsidies to all the residents on campus.  More recently, the project has utilized the Low-Income Housing Tax Credit Program to renovate the campus to modern standards, completely rehabbing all units and common areas. Finishing capping this well will be an integral part of finishing this renovation on time.