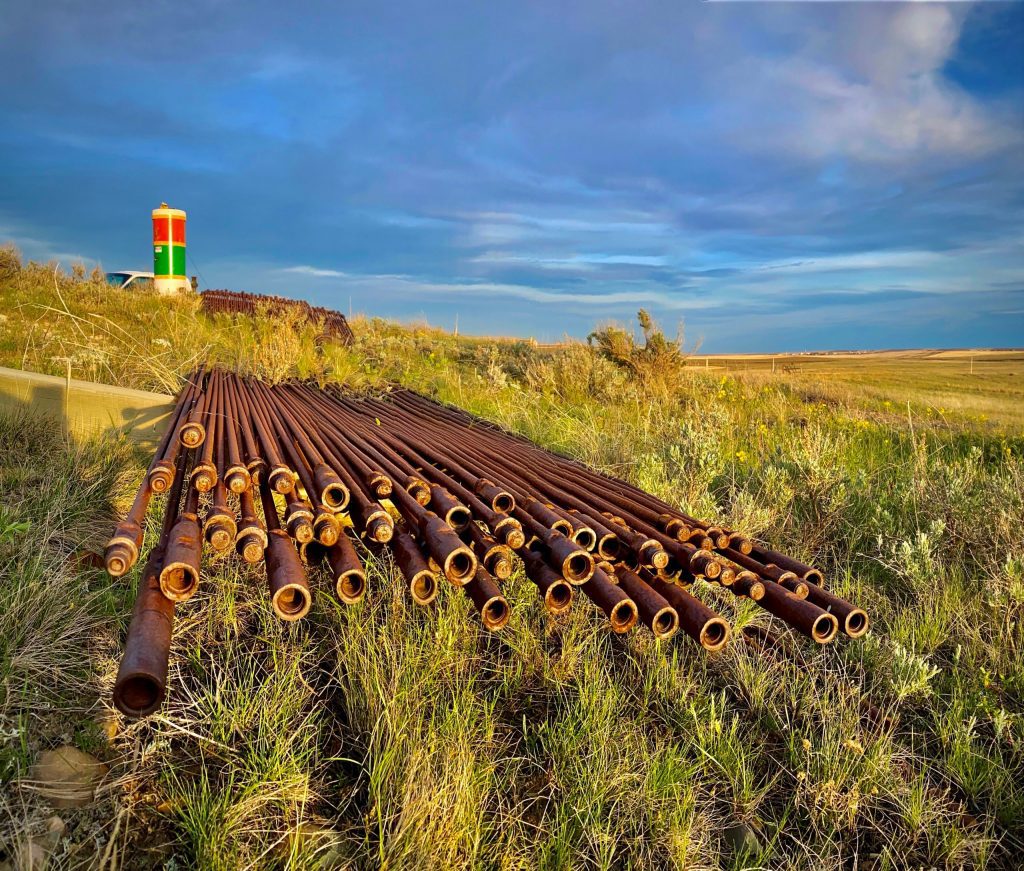 Pacific Steel to Purchase One Climate Benefit Unit Through Well Done Foundation for Every Ton of Recycled Steel Brought in through Shelby Rail Terminal from June 20 to Sept. 20

“Pacific Steel has deep roots in Montana with true dedication to giving back to the communities where it does business,” WDF chairman Curtis Shuck said. “The Well Done Foundation seeks partners who truly care about community and making a difference in the most positive way possible, in this case stopping environmental damage to the area due to greenhouse gas emissions.”

During the Summer of 2020, to support the Well Done Foundation’s nonprofit orphan oil and gas well-plugging and surface restoration projects in Northern Montana, Pacific Steel & Recycling will purchase one CBU—which is equal to one metric tonne of carbon or greenhouse gas offset generated by the Well Done Foundation’s 20/20 Orphan Well Campaign in Toole County—for every ton of recycled steel brought in through the Shelby, Montana Branch.  Pacific will pay WDF $7.00 for every CBU, based on the actual tons generated through the Shelby terminal from June 20 to September 20, 2020.

This Well Done project, including Pacific Steel & Recycling as a national level partner, will help to “hustle tons” for the Shelby Terminal all summer long from North Central Montana’s farmers, ranchers and oil companies, while generating a significant number of tons of recycled steel from its own history-making Orphan Well Adoption pilot project in Toole County.

“We’re headquartered in Montana, and we want to preserve it for everyone,” said Pacific Steel & Recycling’s Vice President of Scrap Operations, Patrick Kons. “This is an environmentally sound program for the state, and we’re proud to be part of it. It’s a win-win for all parties involved.” Kon’s division, which does extensive recycling work in the Northern Montana oil patch, removes scrap steel from the abandoned wells, shreds it and ships it to steel mills for rerolling for future use.

The Well Done Foundation, a Bozeman-based nonprofit, was formed specifically to educate the public about the more than three million orphaned oil and gas wells nationwide, plug the wells to stop greenhouse gas emissions, and restore the impacted surface areas. WDF’s national pilot program is currently underway in Toole County, with more regions to follow.

Headquartered in Great Falls, Montana, Pacific Steel & Recycling has over 46 branch offices in Washington, Nevada, Idaho, Utah, Wyoming, South Dakota, North Dakota, Colorado, Montana and Alberta, Canada. Each branch is uniquely committed to its own community’s well-being, because its employees live and work there. In addition to contributing to the local economy by offering jobs and benefits, Pacific actively supports schools, youth sports teams and charitable causes. Visit https://www.pacific-steel.com/

Formed in 2019, the Well Done Foundation enables the oil and gas industry to partner with the conservation community to create an alternative pathway to success that benefits all. The Well Done Process creates a strategic partnership among regulators, surface owners and adoptive parties, leading to a safe and seamless system that provides cost-effective and lasting results that improve the environment while working with the industry in a transparent structure that delivers value to its Triple Bottom Line: community partnerships (people), environmental responsibility (planet), and economic benefits (profit). Montana’s Golden Triangle Region is home to some of the richest soil and most productive growing acres in the United States. Well Done Montana works with its partners to transition the orphaned well sites into their next levels of service. For more information, visit https://welldonefoundation.com.