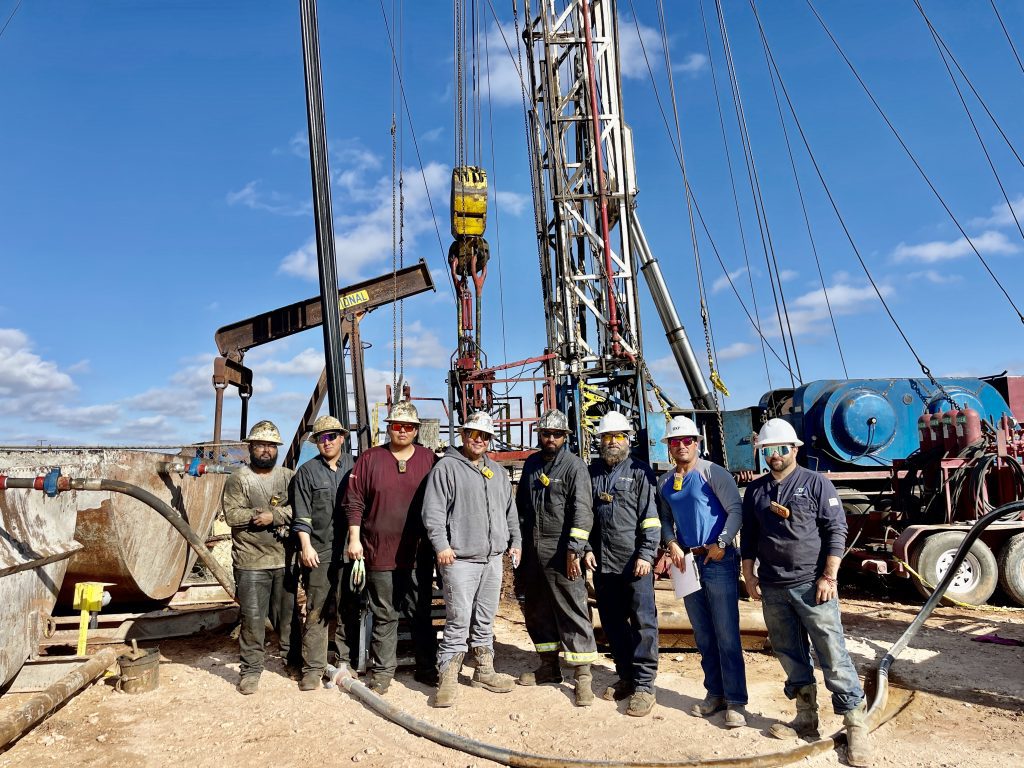 Hobbs, NM – Nov 30, 2022 – The Well Done Foundation, working in partnership with A-Plus Well Service Inc. of Farmington, NM, today announced they have measured methane point source emissions for the State of New Mexico’s Oil Conservation Division (OCD) of the Earth, Minerals and Natural Resources Department (EMNRD) on more than 70 of the state’s orphan oil and gas wells in Lea, Eddy and Chaves Counties since August of 2022.

This effort has enabled the OCD to prioritize the worst methane-emitting orphan wells in the state, which subsequently led to the completion of the agency’s first project in Lea County, using Infrastructure Investment and Jobs Act (IIJA) federal funding. The OCD has since received verification of the elimination of the well’s point source methane emissions.

In addition to the Well Done Foundation’s plugging orphan oil and gas wells around the country, the NGO is also helping regulatory agencies and oil and gas operators to quantify methane point source emissions through continuous measurement and monitoring at the well head, working with partner Ventbuster® Instruments to further the WDF’s mission of making a difference “One Well at a Time.”

“We applaud the State of New Mexico’s EMNRD and the Oil Conservation Division for proactive efforts that have now set the standard for other states receiving federal funds to plug orphan wells,” said Curtis Shuck, Chairman of the Well Done Foundation. “If the regulatory agencies are not accurately measuring methane point source emissions, then how can they possibly demonstrate to the public and the U.S. Department of the Interior – who are administering the IIJA orphan well funds – a return on the investment and a benefit to the environment? If it’s worth doing, then it should be worth measuring.”

The Montana based nonprofit has been leading the orphan well methane quantification, measurement and plugging and abandonment charge since 2019. To date, the WDF and its supporters have privately funded the plugging of 25 orphan wells in Montana, Pennsylvania, Louisiana, and Ohio and is actively measuring methane point source emissions on hundreds of orphan wells across the United States.

A-Plus Well Service Inc has been plugging wells in New Mexico for more than 30 years and employs more than 80 individuals.