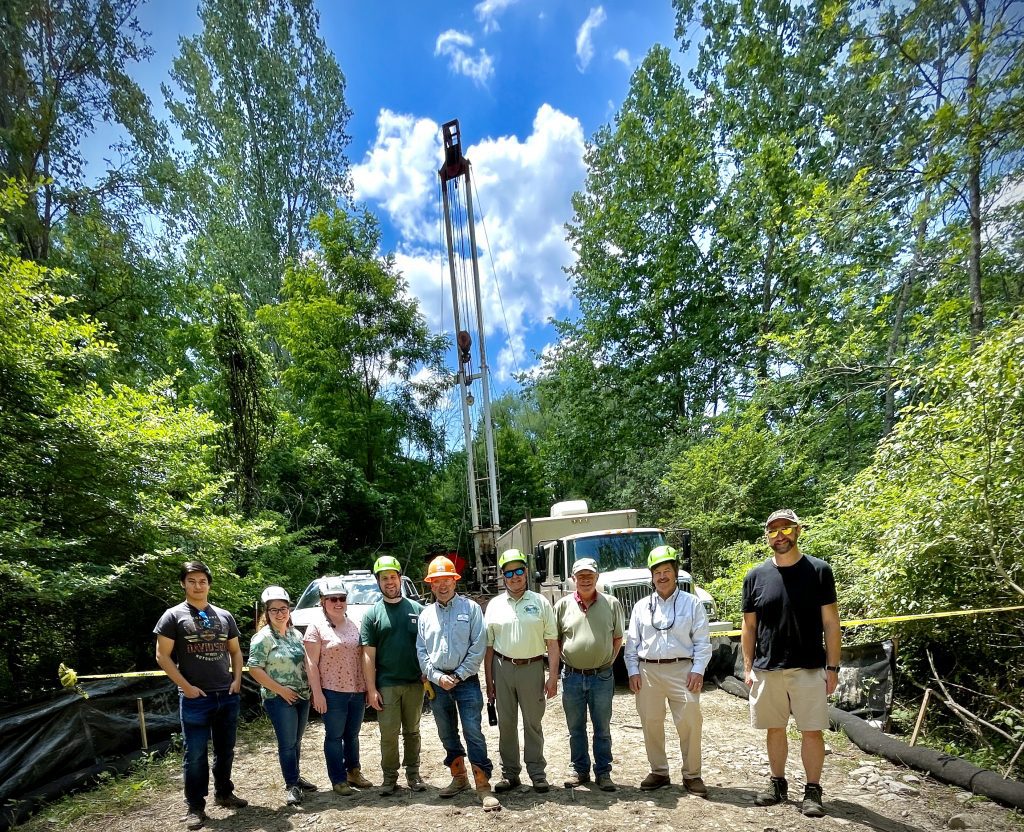 The Martha Smith #1 Well was Originally Drilled in 1982 and Abandoned by its Operator in 2009, Threatening the Watershed

Located near Waterford, the abandoned well was originally drilled in 1982 and prior to its plugging was threatening the waters of LeBoeuf Creek, a major tributary to French Creek. FCVC’s Smith Tract property, comprising 45 acres, was donated to FCVC in 2009 as a conserved natural area.

“The impact of The Well Done Foundation selecting our project is tremendous,” FCVC Executive Director Brenda Costa said. “This well had the potential to significantly harm the waterways, habitat, and wildlife we work hard to conserve.”

Plugging the well was cost-prohibitive for French Creek Valley Conservancy alone, and it would have remained orphaned for many more years without the partnership with WDF, Costa said.

On September 10, FCVC will hold its annual French Creek Cleanup, where more than 800 volunteers will work together to clean up the watershed and complete stewardship projects. That day, approximately 40 FCVC volunteers will be at the Martha Smith well site to restore and revegetate the area that was disturbed during the plugging operation.

“Our partnership with the FCVC has been incredibly productive because that organization and ours share very compatible missions,” WDF Chairman Curtis Shuck said. “We’re proud to have worked with them on the Martha Smith well and hope to partner on future projects.”

French Creek is nationally recognized as one of the most biologically important waterways in the entire country. Flowing through the heart of Northwest Pennsylvania, French Creek hosts an astonishing 27 species of native freshwater mussels, over 80 species of fish, boasts a rich historical significance and offers plentiful recreational opportunities. This region also has a robust historical role as a trade corridor, dating back hundreds of years.

Founded in 1982, French Creek Valley Conservancy is an accredited land trust working to protect the French Creek Watershed, with more than 3,100 acres of land under permanent protection. FCVC’s work insures important, undeveloped natural places are conserved in perpetuity. These lands are important to protect French Creek’s biodiversity and exceptional water quality, but also to promote the health and physical well-being of residents and those who recreate in the watershed. For more information, visit www.frenchcreekconservancy.org.