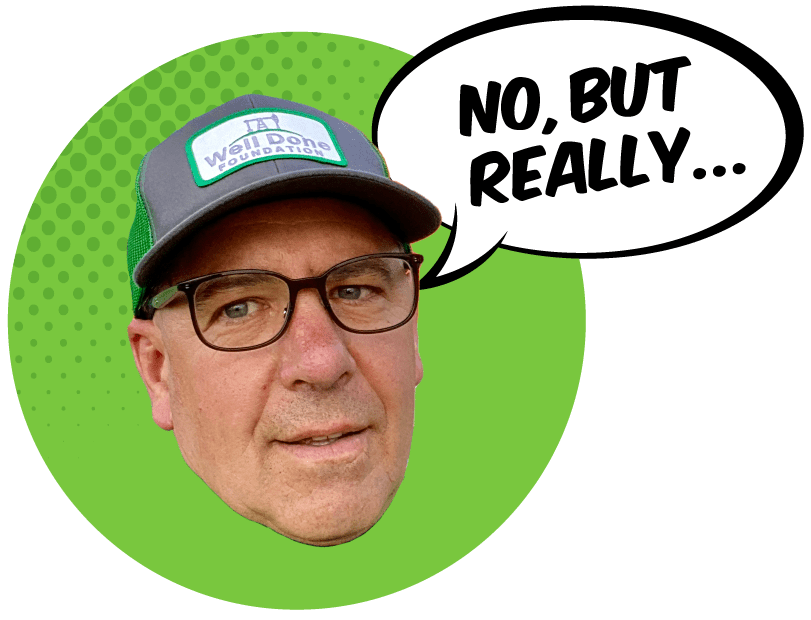 Climate change is real and capping orphaned oil wells will absolutely reduce the amount of methane gas emitted into the atmosphere. We spend a lot of time responding to comments and questions driven by unfortunate misconceptions. Here are a few of them:

What is an “orphaned” oil and gas well?

By definition, an orphaned well no longer has a financially responsible party to either plug or produce the well. Often, orphaned wells are located in “stripper fields,” where wells produce low volumes of oil or gas and are marginally economical, if at all. Through a series of sales, transfers, assignments, etc. these wells get handed off until the last operator standing is unable to continue in business. Typically, then, these wells revert to the state by default who then has the responsibility to deal with them.

Why weren’t the companies that drilled them responsible for reclamation?

A partial answer to this FAQ is above. To elaborate, by the time the well is considered orphaned, there is no longer a company around to do the plugging. This can be because the company or operator went bankrupt, or otherwise disappeared from the radar. Before a well is placed on an orphaned well list, the regulators in the state in which the well is located will make an effort to determine whether there is a viable owner or operator.

Are orphaned wells really a problem?

In the US alone it’s estimated that there are more than 2.5 million orphaned wells. And that number is climbing. Because these wells have no owner or operator, and because so many of them were drilled decades ago, the wells are neglected and either already leaking uncombusted methane and sometimes oil, or in danger of leaking if they aren’t plugged. The Well Done Foundation plugs wells that are leaking significant amounts of methane. In many cases, the wells we plug have been leaking methane for decades. The methane and other harmful gases and fluids that leak from these wells pose a clear and present danger to the environment and the communities in which they are located.

Why should we spend our time and money plugging orphaned oil and gas wells rather than planting trees or taking other actions that mitigate CO2 emissions?

It’s not an either or choice. Collectively, we should all be doing everything we can to tackle and solve the problems of climate change, including planting trees (we love trees) and plugging leaking wells. That said, money spent plugging methane-leaking oil and gas wells is money efficiently spent, and it is a direct, immediate and effective way to fight climate change. To give an example, our average cost to plug an orphaned well is +-$65,000. Some wells are cheaper to plug, some are much more expensive. Several of the wells we have plugged were emitting 4,000 metric tons of CO2e every year. To place that in context, to remove that same amount of CO2 from the atmosphere you would have to plant approximately 400,000 trees, which you would then have to manage and grow for 20 years. Hard to do that for $65,000, and the results are delayed.

Why can’t these orphaned wells be produced?

Because it is not economical to get the gas or oil from these wells to market, or someone would already be doing it. Typically these wells are in advanced state of disrepair, so it would cost more to get them up to production standards than it would be worth to produce them.

If only. If we were, we’d have money to plug more wells. To answer, first, see the comment above about the economic viability of these wells. Second, the Well Done Foundation is a 501(c)(3) non-profit. The reality is that our team donates hundreds of hours of their time to this work for free, because we feel that passionate about the mission. Because there is not enough money at either the state or federal level to plug all the leaking orphaned wells, we rely on many partners to help us fund our plugging efforts. The only “millions” Curtis, Stacey and Geoff can count on are the hotel points and miles on our vehicles from being away from home and families more than 250 days/nights per year.

Where are these orphaned wells located ?

Where you would typically expect them to be found. They are most prevalent in states where oil and gas drilling has historically occurred. And within those states, they are everywhere. In national and state parks, in parking lots, in agricultural fields, below and around houses. We recently plugged a leaking well in Ohio that was buried under the courtyard of a low income senior housing complex. No one knew the well was there until a contractor hit the casing pipe with his backhoe. The well had been leaking noxious fumes into the complex for years and the tenants had been complaining about the smell for just as long.

With so many orphaned wells out there, how do you decide which ones to plug?

Before we decide to plug a well, we monitor it over a period of time, and we measure the actual volume of emissions from the well. Based on that, and other factors, we can then prioritize which wells are the most critical to plug. The Well Done Foundation is also helping state regulators do this same prioritization by bringing our technology and expertise into the field to help states decide how to best allocate often limited financial and human resources.