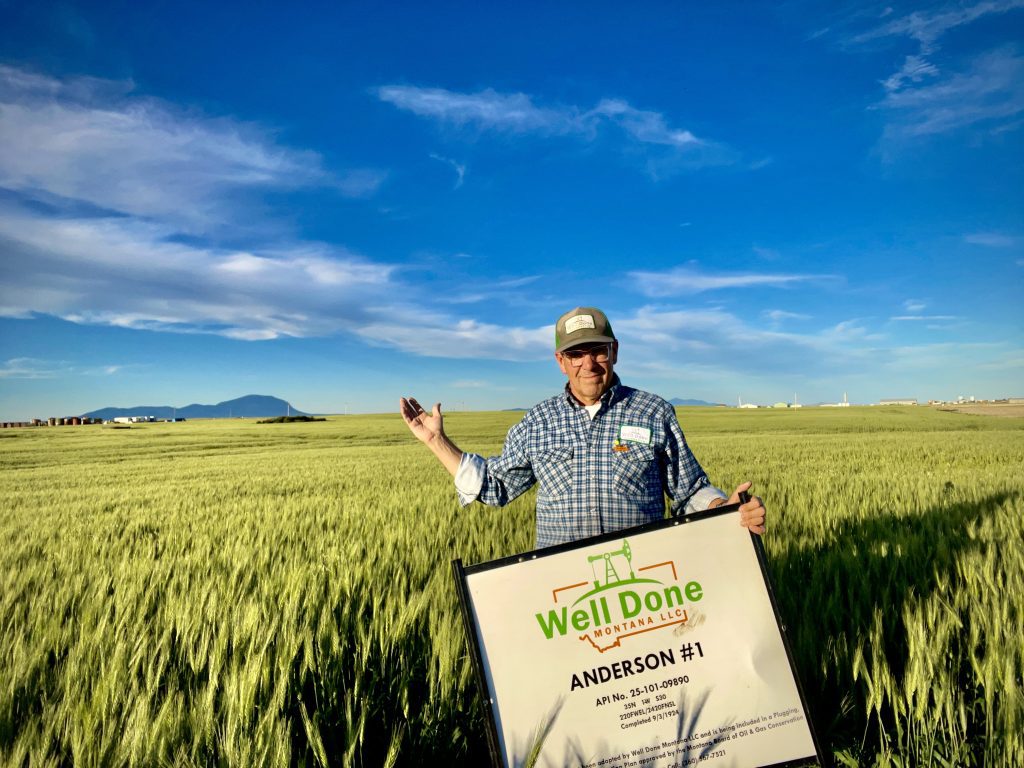 Anderson Lease Update – Reflecting on the Past Three Years

The Well Done Foundation is excited to share the absolute success story of the Anderson Lease in Northern Montana and its transition into the next chapter!

Since 1924 (some 98 years ago) this property has been heavily influenced by oil production in some form or fashion. Through a Great Depression, a World War, and over three generations, hundreds of good paying jobs have been supported from the nine oil wells on this forty-acre parcel. Jobs in Montana’s Oil & Gas and Refining Industries. Jobs that built communities, jobs that built infrastructure, jobs that built opportunities and futures.

Unfortunately, about thirty years ago, misfortune befell the last operator of these wells and they became “orphan wells” –  by default becoming the responsibility of the State of Montana. The once productive wells were now a liability for the state, a black eye for the Oil & Gas Industry and a major obstacle for the Landowner, who was farming this tract and dodging the orphan wells.

When I first laid eyes on this location exactly 3-years ago today, I had no idea that I would be fortunate enough to share an update like this with you all. You see, on that fateful July day in 2019 when I saw my first orphan well, it marked an inflection point in my life that started a chain reaction that is still going. This experience has forever changed life as I had known it and became the start of the Well Done Foundation.

When I visited this project location recently, I was greeted by an amazing stand of Spring Wheat and in looking at it, you would never know the rich history of this property or the important role that it has played in the Energy, Environment, Agriculture and Community spaces.

The Anderson Lease has helped the create local, national and global awareness of the orphan oil and gas well problem. It has influenced policy at the State and Federal levels. It has inspired individuals and corporations to fund projects and get involved in delivering solutions with here, real and NOW results!

I am glad that I listened to my inner voice three ago and accepted the “calling” and encourage you to do the same!